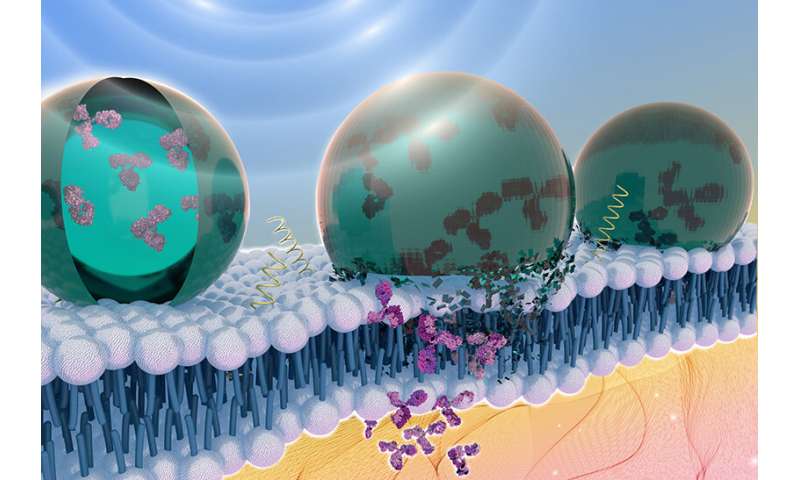 Nanoparticles covered in human lungs cell membranes and human immune cell membranes, or “Nanosponges,” have been found to attract as well as neutralize the SARS-CoV-2 virus in cell culture, making the virus lose its ability to take control of host cells and reproduce. These nanosponges have been developed by engineers belonging to the University of California San Diego and were tested by Boston University researchers. The UC San Diego researchers have termed their nano-scale particles ‘nanosponges’ as they can absorb harmful pathogens and toxins. The initial data discussing this approach to battle COVID-19 were published in the journal Nano Letters this week.

During laboratory experiments, both immune cell and lung cell types of nanosponges were effective in making the virus lose almost 90% of its viral infectivity through a dose-dependent method. Viral infectivity quantifies the ability of the virus to enter the host cell and exploit the available resources to reproduce, generating more infectious viral particles. Rather than targeting the virus itself, these nanosponges have been designed to protect the healthy cells that are targeted by the virus. Liangfang Zhang, Professor, Department of Nanoengineering, UC San Diego Jacobs School of Engineering, explains that in the past, drug developers for infectious diseases would explore the details of the pathogen to identify druggable targets, whereas their approach only requires knowing the target cell. After this, their method aims to protect these targets by creating biomimetic decoys. Professor Zhang’s lab initially created this biomimetic nanosponge platform over a decade ago and has been developing it for various applications since then. When the novel coronavirus surfaced, Professor Zhang thought of applying the nanosponge platform to fight against it.

Apart from the successful neutralization of the virus in cell culture, the team has also found that nanosponges covered with fragments of macrophages’ outer membranes might provide added benefits, as they could soak up inflammatory cytokine proteins implicated in some of the most lethal aspects of COVID-19 and are triggered by the immune response against infection.